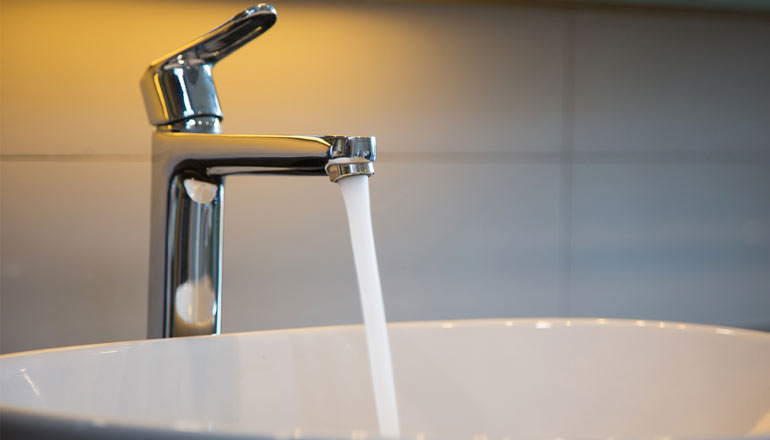 Your Complete Guide to Bathroom Taps

While style is an important element to consider, when it comes to taps, put function first. You use your bathroom taps every day, so you need to make sure they are durable and easy-to-use. Ask yourself questions about your basin, bath and shower. How tall do you want your basin taps? How far do you want your tap to extend over your bath? Will your taps stick out too far in your shower?

Price wise, both are very similar, so the choice is yours. Separate taps come as three different fixtures, a cold tap, a hot tap and a spout, while mixers are an all-in-one fixture. The most common types of taps are crosshead taps and lever taps. There are many variations of these, including pedestal taps, double and single lever taps, and wall mounted taps. Separate taps give a more traditional look, whereas mixers are more modern.

There are lots of beautiful shapes and styles of bathroom taps. The main finishes available are chrome, pewter, polished nickel, gold, English bronze, oil rubbed bronze, polished brass and satin brass. Handles can also be inlaid with a variety of other materials including porcelain, wood, crystal and glass. Try to maintain consistency of style across all your bathroom taps for a more harmonious feel.

If you want to save money and the environment, then why not consider water efficient taps. There are tonnes of wonderfully modern bathroom taps available that look great and save water. Check the WELS star rating of your taps before buying. Remember the higher the star rating the more efficient the tap.

If you’re choosing taps for your bathroom, follow these simple tips and let your inner designer flow. If you still need help, then call in the bathroom renovation specialists. With an eye for design, our bathroom renovation team have connections to reputable suppliers across Brisbane and the rest of Australia.